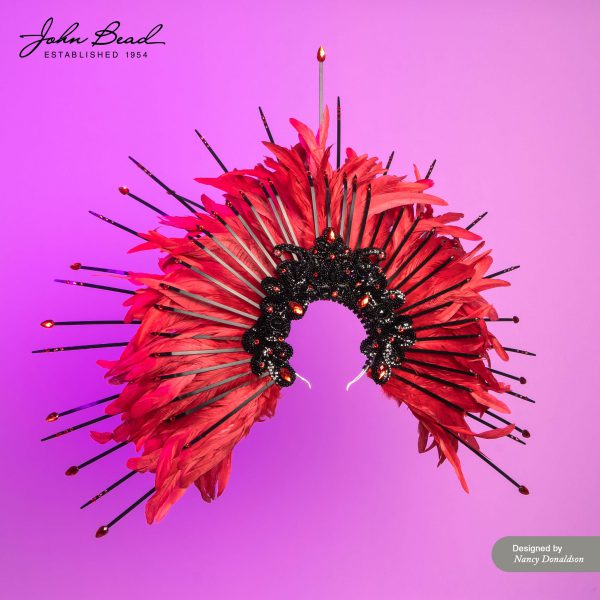 We have a wonderful costume design idea for anyone looking for something fun thy can make from home using one of the most simple plastic products:  zip ties. 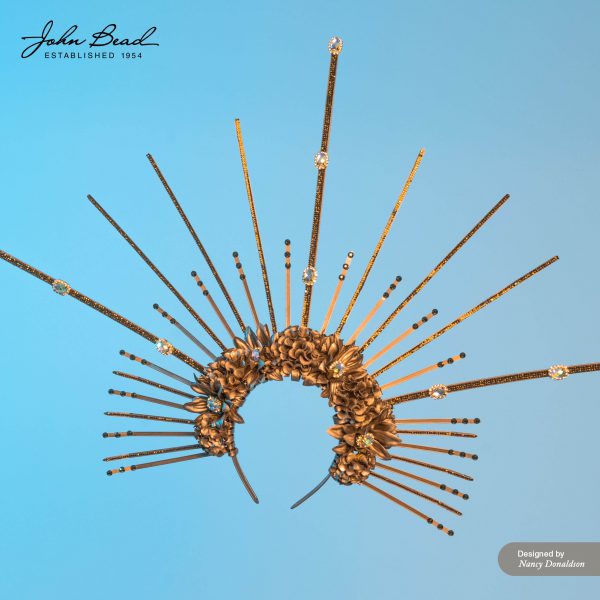 The outrageous tiaras featured were all designed by Nancy Donaldson who “zipped” her ties into headbands, spray painted them and added embellishments to her hearts delight.

Here is a link to the items featured in the Step by Step. 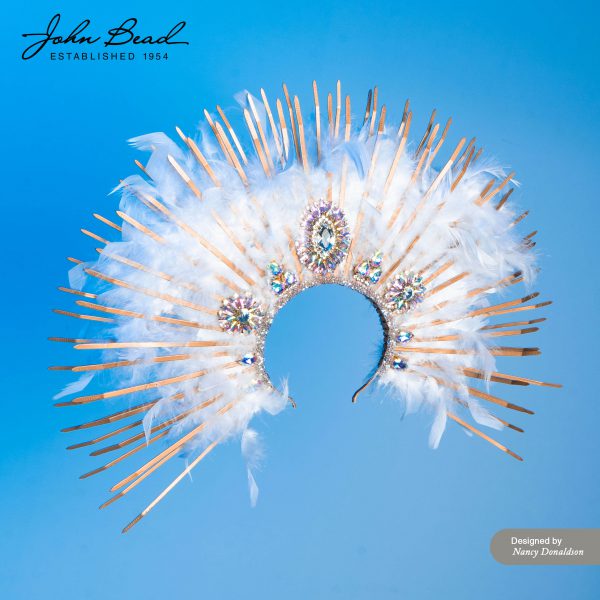 Our project is great for halloween, but also for anytime a unique Tiara is needed. 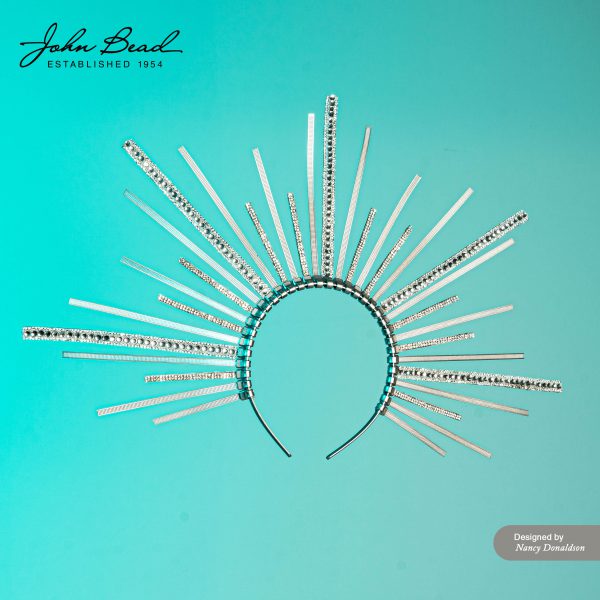 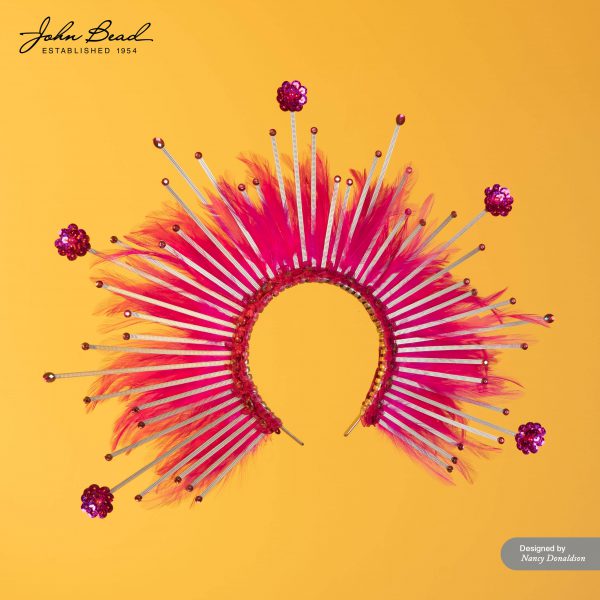 We don’t sell zip ties but here is a link to some of the products Nancy used. 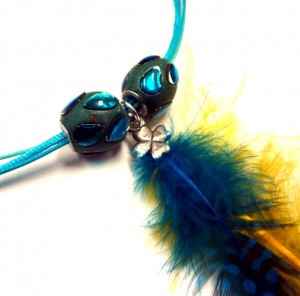 Feathers and end crimps.  Two items that John Bead stocks in abundance.  It is almost impossible to select just one colour or theme. 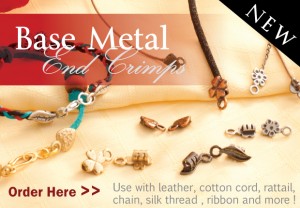 Before John Bead launched their new End Crimps, I really didn’t give much thought to my necklace or bracelet ends.  I used a traditional wire wrap or end cap to finish off a rat tail or leather cord.   Then I was given samples of these decorative end crimps! They are too pretty to hide so they started to become a feature of anything I was working on. 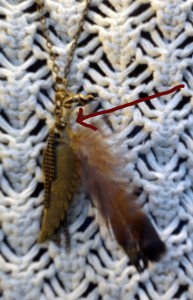 Last week I was in Paris.  I saw a lot of feathers being incorporated into jewelery.  This piece I photographed through a window, so it is a little blurry, but as you can see the feather was attached with a traditional end cap.  That gave me more than one idea. 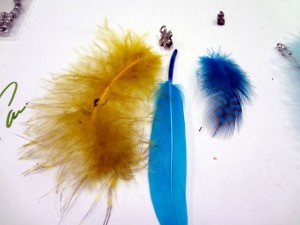 Yesterday I pulled out some feathers that I really liked.  Why crimp one when you can crimp several at once? 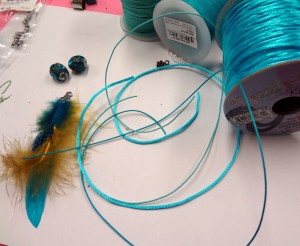 After using one 3mm Clover end crimp to attach all three feathers I planned out the necklace.  I gathered some rat tail and waxed cotton cord. 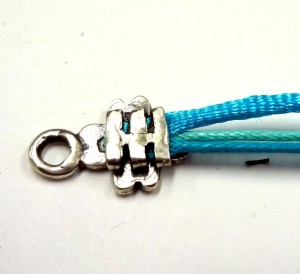 The end crimps make it so easy to create a finished edge.  It is ready to use immediately. 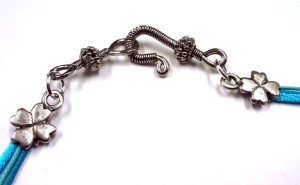 All I needed was a few jump rings and these lovely new hook and loop pewter clasps. 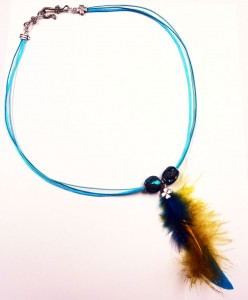 My clover end cap is now holding the feathers in place between two Ladhaki beads. 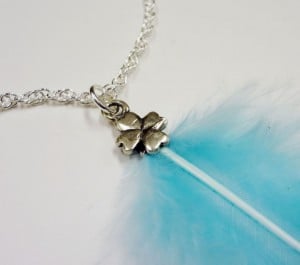 I also tried a very simple feather necklace idea.  One feather, one crimp end, one jump ring and a plain silver chain. 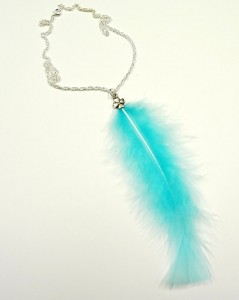 I think this may be my favorite version! 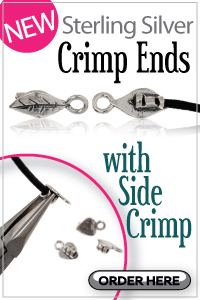 Decorative crimp ends are now a staple in my studio. 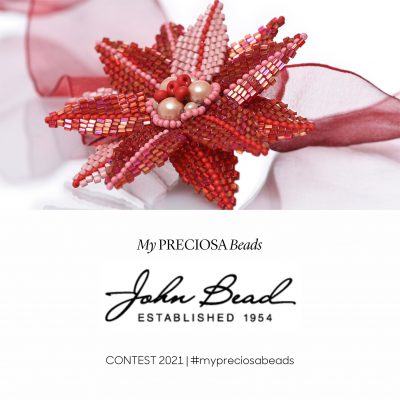 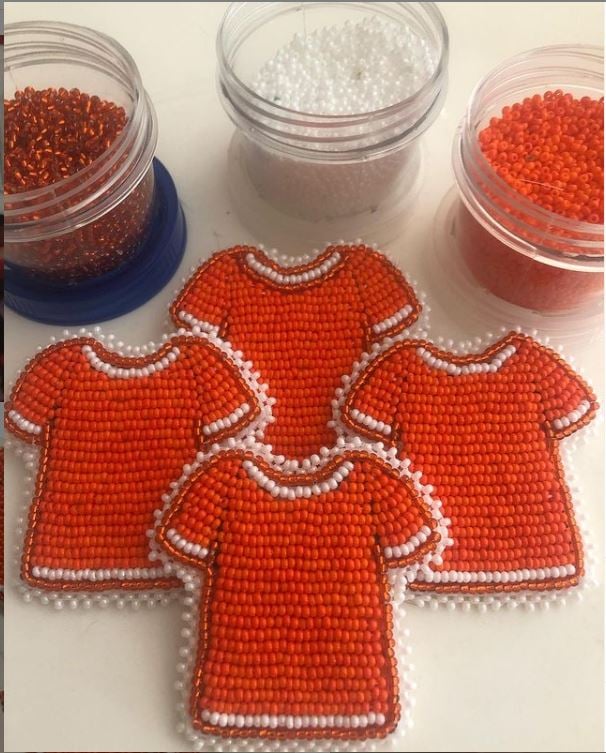 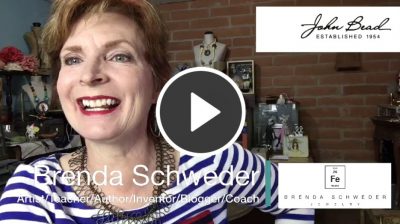 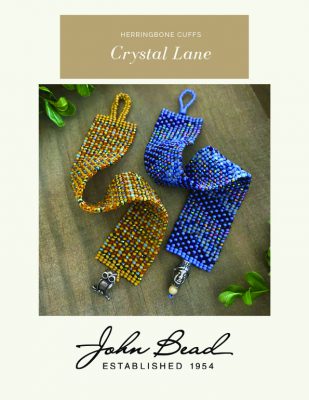 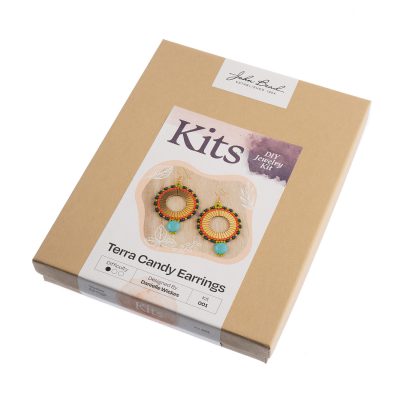